Still trying to get ourselves sorted here at home after our recent trip to the Yorkshire Dales. 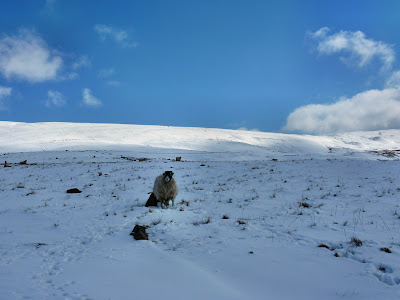 I have many photographs to sift through and there will be plenty more for you to see but for today just take a deep breath and take in the view at the top of Arkengarthdale, almost 300 meters above sea level. 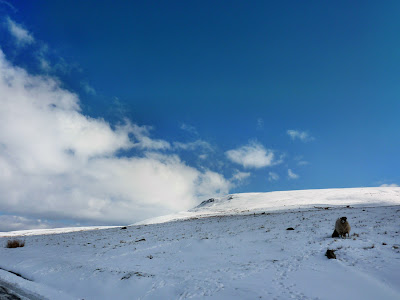 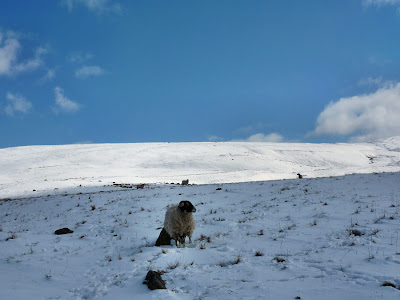 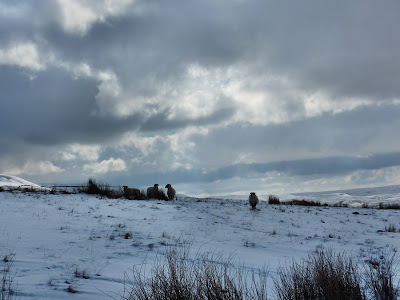 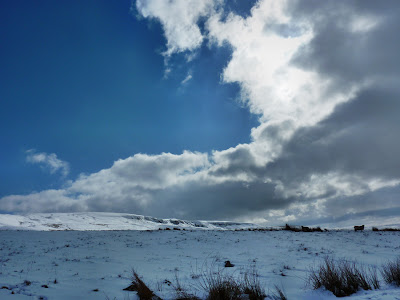 I took these photographs on our way from Reeth in Swaledale to Barnard Castle, Co. Durham. As the weather had turned mild we took the Arkengarthdale road not the easiest option as it turned out. 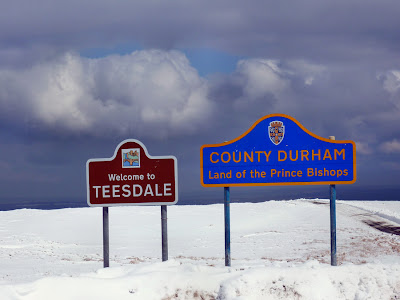 Barnard Castle is a lovely historic market town home to the Bowes Museum which we enjoyed visiting. More about that in another post soon.

What happened to Spring? 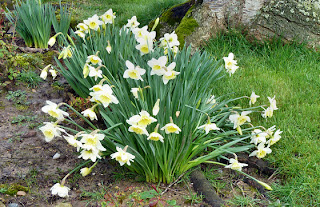 You may have heard it mentioned on the news this week that life in Normandy has been disrupted by a little snow? 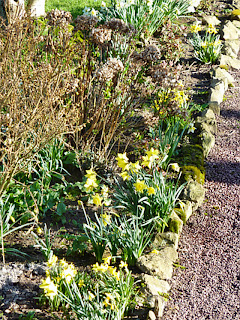 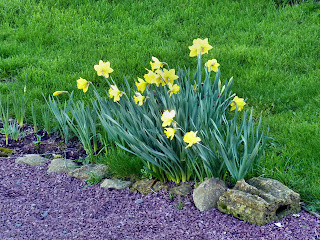 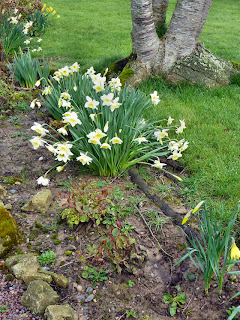 At the weekend the garden was looking wonderful with hundreds of daffodils in bloom, the flowering quince was covered with red flowers, the forsythia was beginning to get a slightly yellow aura, as it does before it blooms and of course wild primroses, scattered here and there, all added extra charm. 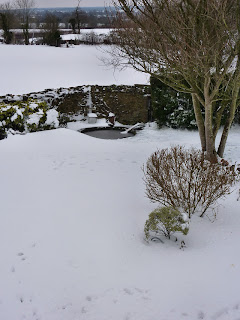 Then on Sunday night, blowing in from the East, came the snow.

It snowed all day Monday and all through the night.

All day Tuesday it snowed and blow'd.
A local farmer attempted to clear the road, using a tractor as a makeshift snowplow, the 5 foot drifts in the lane soon defeated him. 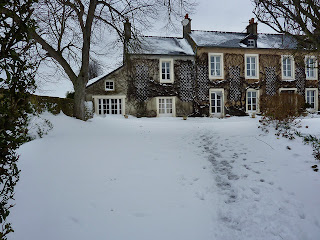 Our driveway was reduced to a 18 inch footpath down one side as the drifts continued to form. Walking was difficult to say the least.
Tuesday night the thaw began with great whooshes the snow fell off the roof, scared M'selle Fleur half to death.
So, here's the problem.................... 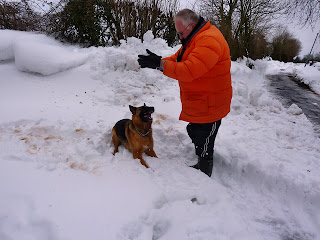 Tomorrow the SP & I supposed to be driving to Calais to catch the Eurostar to Folkstone, UK. We have long been looking forward to a short stay in the Yorkshire Dales and have booked a pretty little cottage close to the village of Reeth. I spoke with the owner and he assures me that the weather in Yorkshire is lovely, with blue skies and sunshine! 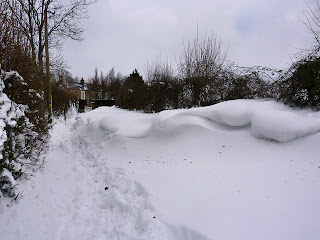 Afterwards I went out to check the situation in the driveway, still impassable, so I called Remy, Mayor of our little village, and explained the dilemma. He informed me that his fils was out and about clearing the lanes and that we will be able to "sortir la maison aujourd' hui". I really hope so.
Now, all I have to worry about is that June & Leighton (our trusty house & dogs sitters) will be able to dig themselves out of their own snow bank and get to us safely in the morning. 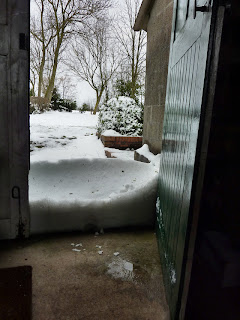