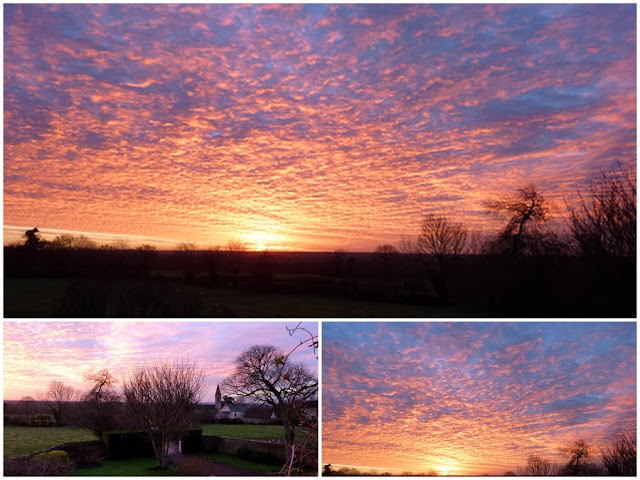 For some time now I have been regularly contributing to an amateur photography challenge on the scrap booking website UK Scrappers - Snap. 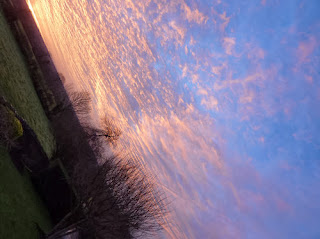 Alison has stepped in to take over the reins from Elaine for 2014 and the week 1 challenge is "sunrise". 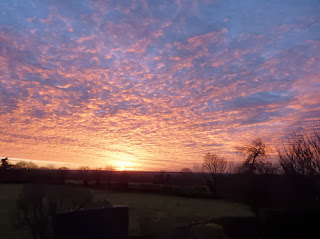 The weather here this week has been terrible (I may already have mentioned this!) and so I despaired of getting any sunrise shots due to the rain lashing on my window panes early each morning. 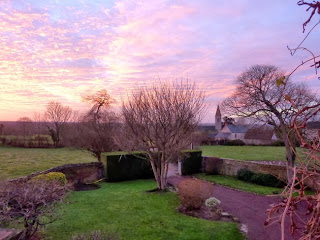 As I mentioned in yesterday's post it is a tradition that the family Bryant's New Year's Day walk is taken on one of Normandy's famous beaches.
2014 dawned wet, blustery and cold but were we faint hearted?
Well, I was but despite having to drive through a river which crossed the road on it's way to the flooded fields beyond..... 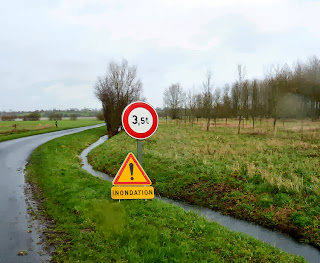 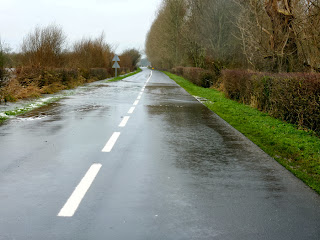 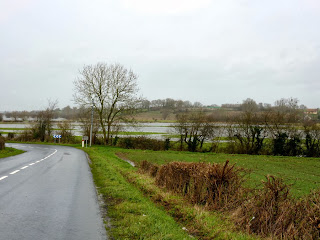 ....the howling wind and rain and the incoming high tide, the SP prevailed and the tradition was upheld. 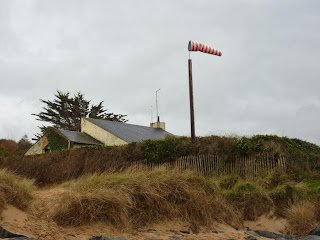 As we drove along the front we spotted a very strange sight, people were in the sea! Canoeing?
I jumped out to take a closer look. These four crazy guys were walking through the waves, using paddles to keep themselves up right. Another family's New Year's Day tradition, perhaps? 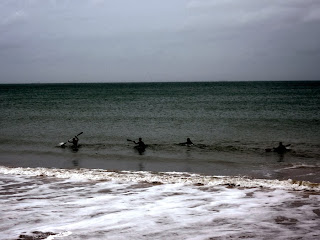 After parking the car we met a gentleman and his dog just returning from their walk, Fleur was in a mood to socialize and behaved very well. 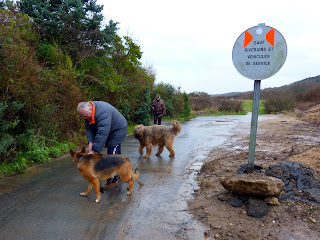 When we finally made it through the dunes and on to the beach it was deserted. 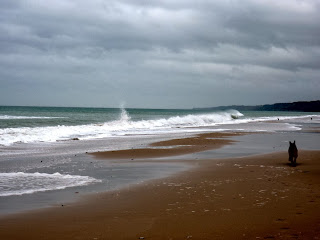 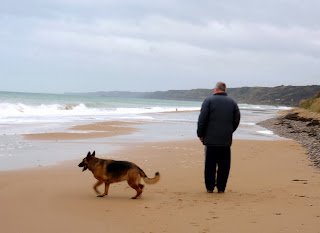 Time for Fleur to take her first dip in la Manche (English Channel). 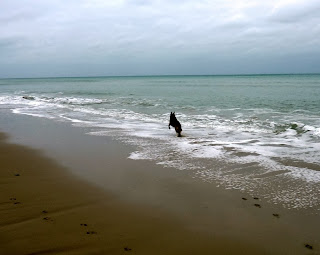 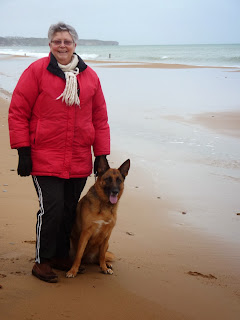 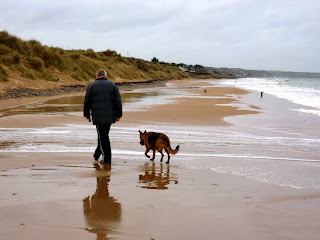 Heading back to the car we met more dogs out walking their people. 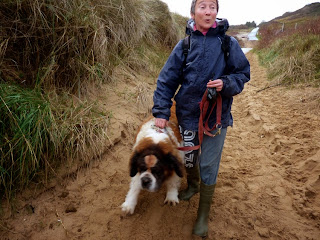 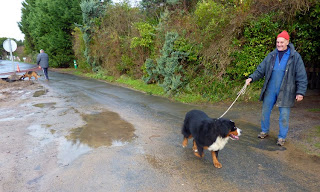 As always when I leave this beach I say a silent prayer for all the men who lost their lives here, almost 70 years ago. 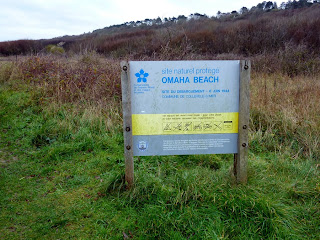 We remain forever grateful to them for the sacrifice they made for our freedom and never take this special place for granted.