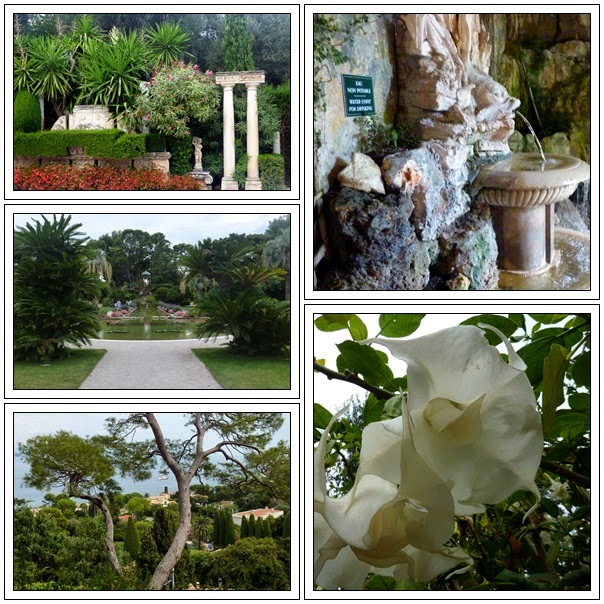 Between us my sister, Kathryn, and I must have taken hundreds of photographs around the Villa Ephrussi  Rothschild and it's gardens so I created some mosaics of just a few more of them for you to enjoy. 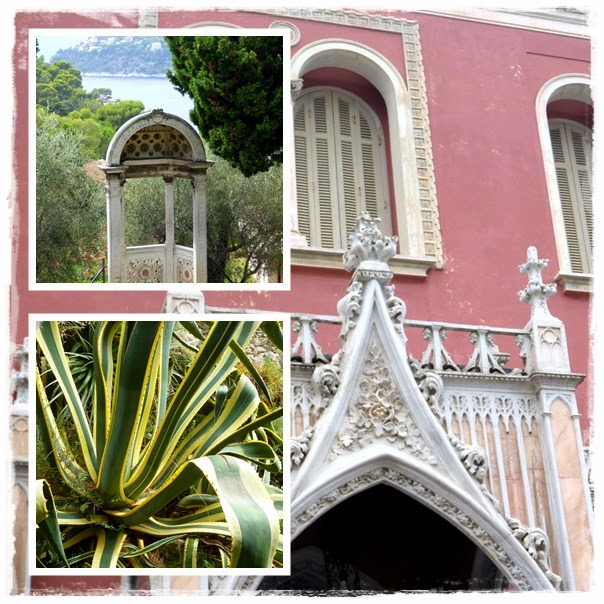 Although Beatrice Ephrussi -Rothschild appears to have led a charmed life as the indulged daughter of Baron de Rothschild, there is (as is almost always the case) another side to her story. At age 19 she married a man much older than herself, Maurice Ephrussi. 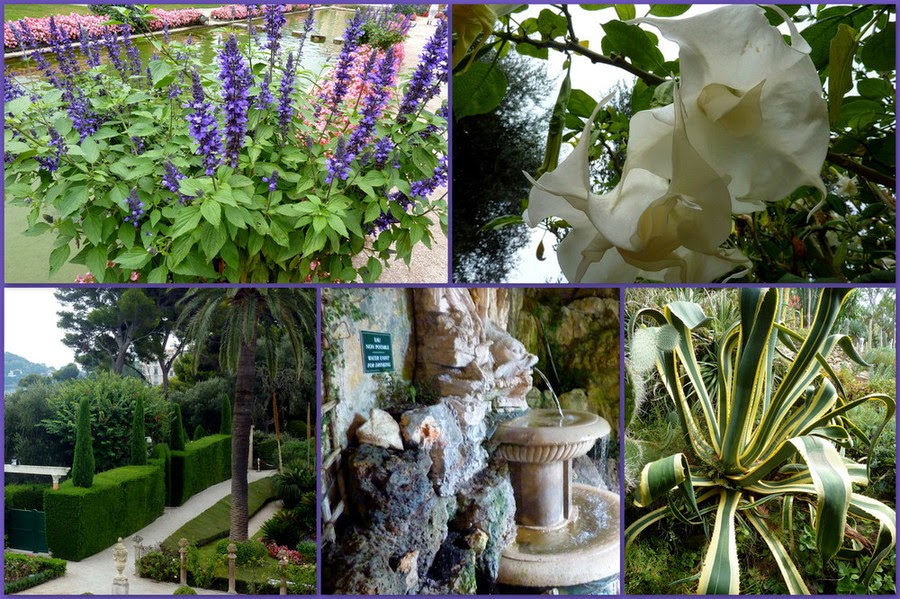 He was a friend of her parents, an inveterate gambler his debts in 1904 totaled more than 12 million gold francs, the equivalent of 30 million euros today. 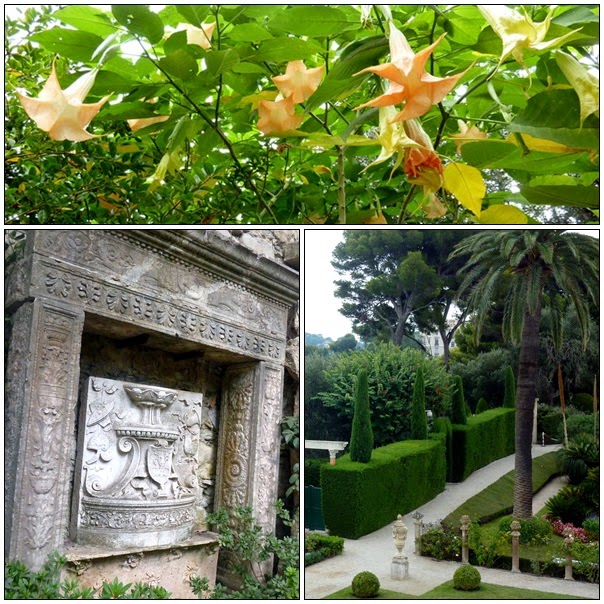 Early on in the marriage Beatrice caught a grave illness from Maurice which left her unable to bear children. They separated after being married for 21 years.
When her father died a year later she inherited a fortune which enabled her to build the beautiful Villa in Saint- Jean -Cap - Ferrat.
(Background information from our tour guide and the villa ephrussi website).