Eating home made mince pies is a British tradition that the SP and I have kept up ever since we left Merrie Olde England over 30 years ago.
Whether we celebrated in the snowy wonderland of Bavaria or a rural backwater in Normandy there have always been mince pies to eat at Christmas.

Over the years I have tried Delia's, the Hairy Bikers and Jamie Oliver's recipes to name just three but the basic list of ingredients - dried fruits (raisins, sultanas & currants), suet, sugar, candied peel, mixed spices and brandy always remains the same.
One other thing that stays the same is the bowl that I mix my ingredients in, a classic cream coloured stone ware T G Green "Gripstand" bowl. 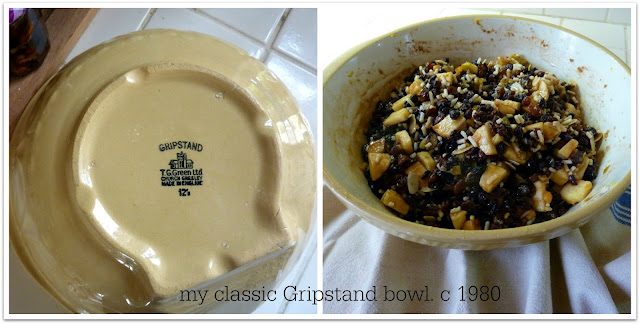 With Christmas fast approaching I decided that it was time to start preparing this years batch, so on Saturday afternoon I gathered all the ingredients together ready for the first stage.
After weighing, measuring and mixing everything, except the brandy, together I covered the bowl and left it to stand overnight on the kitchen windowsill. 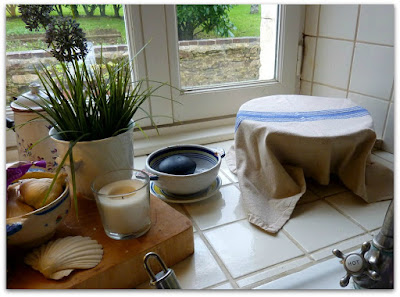 On Sunday morning I added 2 tablespoons of Cognac and at the SP's suggestion 2 tablespoons of Cointreau to enhance the zest and juice of the oranges and lemons before placing the bowl in a low oven (120C) for about 3 hours.
After the mince meat had cooled a little I spooned it into clean warm jars before storing them in the pantry. 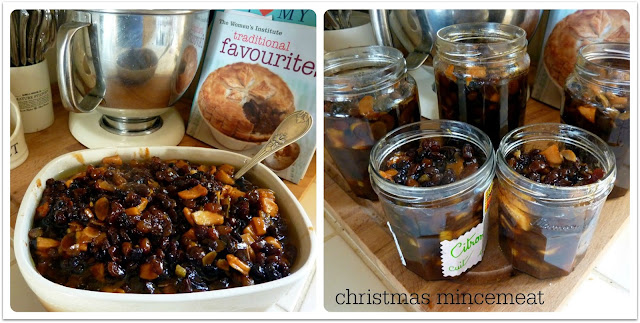 As the mixture slowly matures the flavours will continue to deepen until I'm ready to make the pies.
If the sweet and spicy aroma pervading the kitchen yesterday is anything to go by I'm guessing there'll be a request for some pies by next weekend at the latest!