Five On Friday hosted by Amy @ Love Made My Home has become one of my favourite places to spend time in blogland.
This week for my five a short story about Josephine Baker, a famous African American entertainer who burst into the limelight in Paris during the 1920's, plus photographs of one of the most interesting of the Perigord's 1001 Chateaux.


The romantic Chateau des Milandes was built in 1489 by Francois de Caumont, Lord of Castelnaud,  for his wife who was discontented with life buried away in the feudal fortress of the town.
It was their home until 1535 and then inherited by Jacques Nompart de Caumont, the "Duc de la Force", a trusted and loyal servant of Henri IV.
After his death the chateau was abandoned and neglected until the French Revolution of 1789. 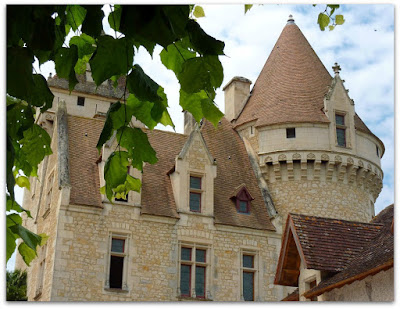 The chateau's fortunes improved when it was purchased by a wealthy industrialist in 1900.
Mr. Claverie, the new owner, added gothic influences such as highly carved balustrades, terraces and gargoyles to the chateau's façade. He also installed a water reservoir in the square tower.
His influence extended to the surrounding gardens and following a popular trend of the time he planted magnificent magnolia trees which still flourish to this day. 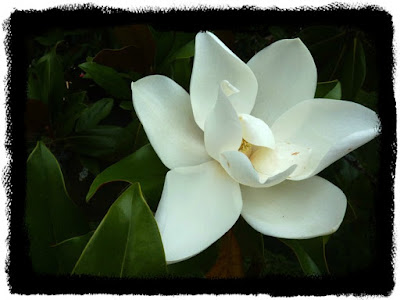 After his death in 1932 the chateau was sold to a local doctor.
During a visit to the Perigord in 1937 Josephine Baker discovered the chateau and became the tenant of what she called her "Sleeping Beauty Castle" before finally purchasing it ten years later.
Before our visit to the chateau I already knew some of JB's fascinating history from a biography written by Lynn Harvey, "Naked at the Feast"  has a semi permanent place in the pile of books on my bedside table and I dip into it often. 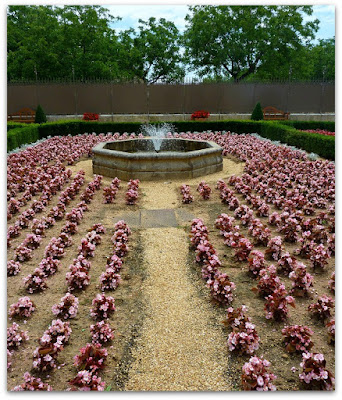 The Labarre family, present owners of the chateau, have accumulated an amazing amount of memorabilia covering Josephine Baker's career as a Music Hall entertainer.
There are many collections on display throughout the chateau, especially in the Music Room and Grand Salon. They include sheet music, hundreds of photographs, letters, theatre programs, costumes and movie posters spanning 50 years.
Of special interest was the exhibit devoted to a different side of her character - her involvement with the French Resistance during WWII when she was recruited to the Counter Intelligence Service.
In the 1950's, in an attempt to combat racism, Josephine and her then husband Jo Bouillon created a Global Village at Milandes.
Together they adopted 12 children from different ethic backgrounds, 10 boys and 2 girls.
She called them her "Rainbow Tribe".
The children all attended the local school as well as being privately tutored in their own language at Milandes.
A bedroom on an upper floor of the chateau has been restored to show how it may have looked when her first adopted son Akio, who was originally from Korea, slept there. 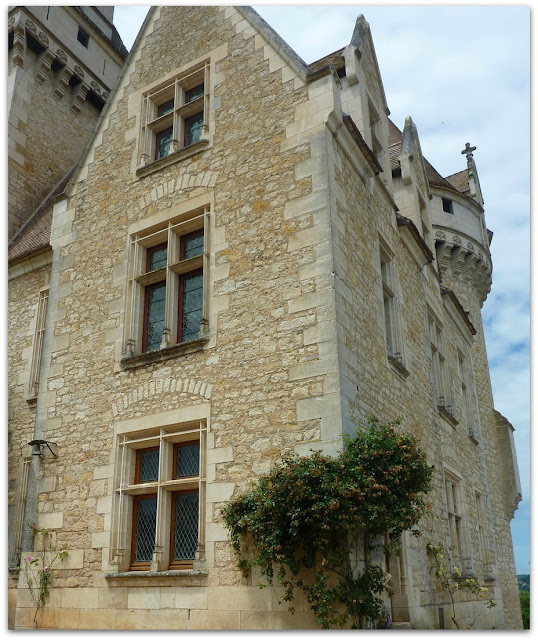 I've only exterior shots of the chateau for my five as sadly cameras are not allowed inside but if you'd like to see some of the exhibits I've described click on the links to the Chateau des Milandes website included within the post.

Email ThisBlogThis!Share to TwitterShare to FacebookShare to Pinterest
Labels: Five On Friday, Travel