Mosaic Monday # 29 - did you ever have one of those days?

Mosaic Monday
Did you ever have one of those days when anything that could go wrong did go wrong?
Last Thursday was such a day for the SP and me here at the Presbytère.
The TV weather forecast mentioned that Storm Doris was already battering the United Kingdom. Normandy is just a skip and a jump across the English Channel from the south coast of England so we weren't surprised that it was cold and very blustery outside.
We needed to run some errands so headed to Bayeux to shop followed by lunch at a Brasserie on the Market square.
We arrived home to find this. 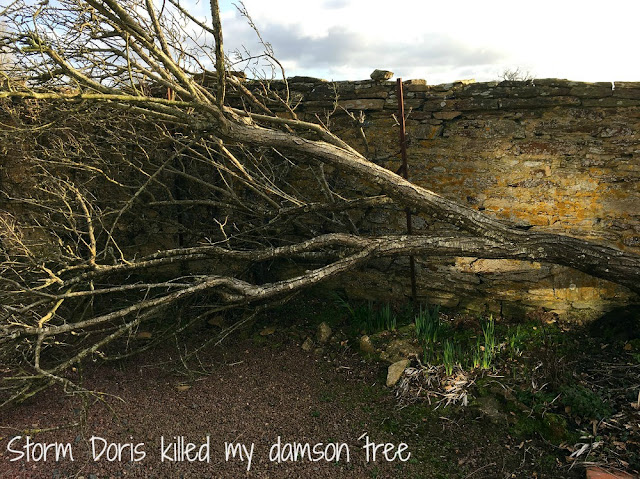 We walked inside the house and it was cold.
The central heating wasn't working. 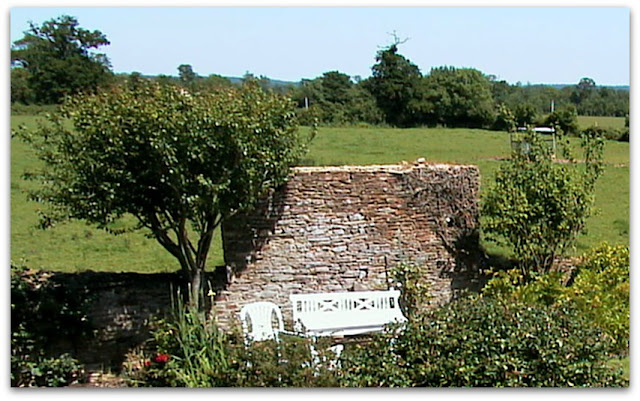 The plumber who had installed a new pressure control whatchamacallit to the boiler the previous day was called back.
Whilst we waited for him I checked emails only to find my Facebook profile had been hacked and my friends were receiving friend requests from some unknown hacker.
After answering emails I posted a message on FB to let everyone know not to accept any friend requests from me.
The SP lit the wood burning stoves in rooms at opposite ends of the house, between them they did a good job of keeping us warm.
Late afternoon the plumber arrived to take a look at the problem.
The boiler's pump promptly blew a gasket and sprayed very hot water all over the plumber, the SP and everything else in the laundry/store room within spraying distance, including the fuse box and internet router.
The plumber went off promising to order a replacement pump and to come back the next day.
Meanwhile. we mopped and mopped.
Then the electricity went off throughout the house, garage and store rooms but was restored after fuse boxes were checked and appliances unplugged and plugged in again.
Next we lost the internet.
At least we had hot water and log fires.
By this time we were both reeling so, after a light supper, we went to bed.
Still no internet.
Friday dawned with brilliant sunshine and blue skies.
We had the internet and hot water still, what a great start to the day.
A friend had reported the hack of my FB page to Facebook, they investigated and closed the fake page down.
I changed my FB password.
The chainsaw came out and the poor old damson tree was dispatched painlessly.
Logs were cut and stacked. 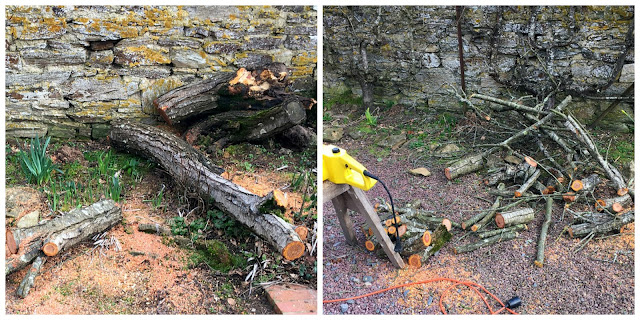 The plumber arrived in the afternoon and fitted the new pump, heating was restored.
Happy Days.

Here's a house we passed on our walk on Friday,
another fixer-upper for you to consider. 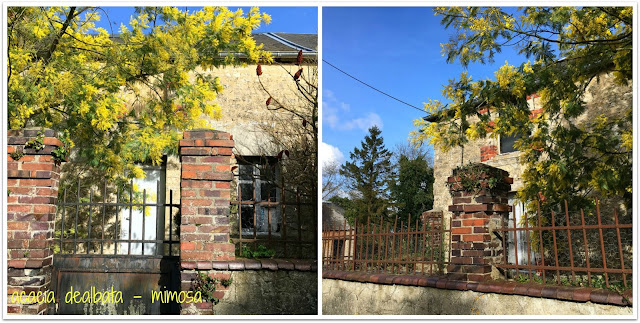 A fairly dilapidated three room cottage, needs a lot of work to make it habitable.
Last known occupants - a family of ducks.
Comes with extensive outbuildings, big garden with large pond.
Best feature - this amazing mimosa tree positively flourishing in the courtyard in front of the house.
It's perfume, although delicate, was wonderful. 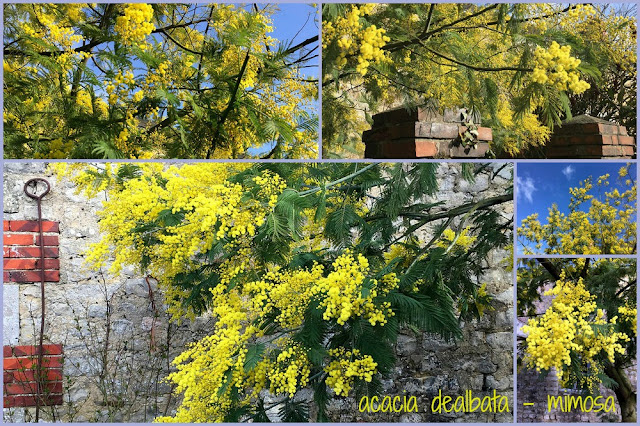 Acacia Dealbata - a native of Australia
was introduced into France in the 19th century
by wealthy English residents on the Côte d’Azur.
The Magical Mimosa Festivals of the South of France.
Click on the link above to immerse yourself in the
festivals and carnivals of the Côte d’Azur.

A different type of Mimosa altogether is a delicious cocktail to be enjoyed at anytime but which goes especially well with brunch.
Equal parts orange juice and champagne the Mimosa cocktail is said to have been invented in 1925 by one Frank Meier a bartender at the Ritz Hotel in Paris.
But did you know that a cocktail called Buck's Fizz was created four years earlier by bartender McGarry at Buck's Club a London gentleman's club still in existence today? 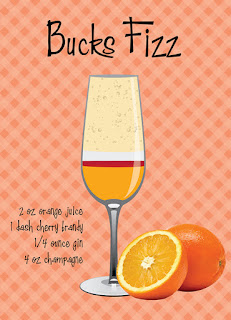 A Buck's Fizz also pairs orange juice and champagne together, combining two parts fizz to one part juice, some variations exchange sparkling wine for the champagne and can include gin or cherry brandy.