Since the end of May and going through until the end of July towns and villages throughout Normandy have been Commemorating the 73rd anniversary of the D Day landings.
Here is a link to the program of events list on the D Day Overlord website, it is very extensive.
The first event listed was an afternoon concert of the Choir of the French Army at the Cathedral of Bayeux.
Some of the over 150 events taking place during June and July include historical walking tours; guided tours of the beaches; reenactments; parades of military vehicles; picnics; fireworks and bagpipers.
On Saturday morning the 10th of June as I was driving through Cerisy I saw a small ceremony taking place at the Memorial for the 2nd Infantry Division on the "Avenue de la 2ème Division Indian Head, Cerisy-la-Fôret.
This memorial commemorates the American 2nd Infantry Division which liberated Cerisy-la-Fôret on 10 June 1944. The command post of the division was also in this village, from 15 to 29 June 1944".
So I stopped to pay my respects. 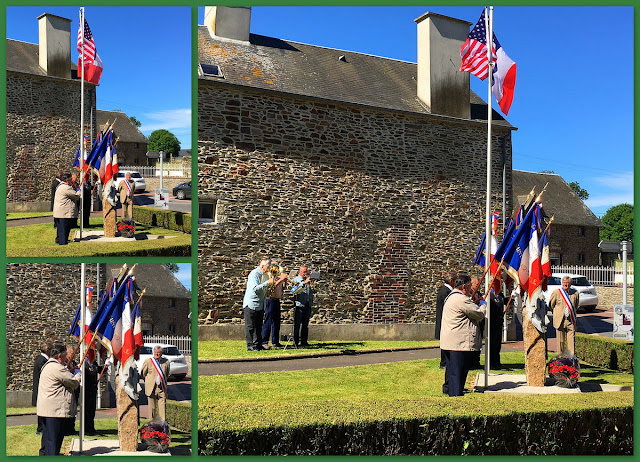 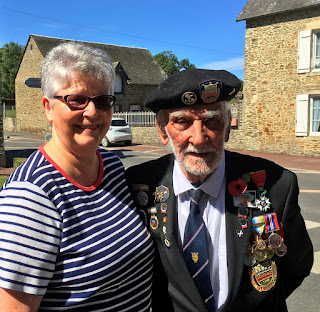 She very kindly took photographs of us together and also with two other gentlemen, decorated British veterans of later conflicts. 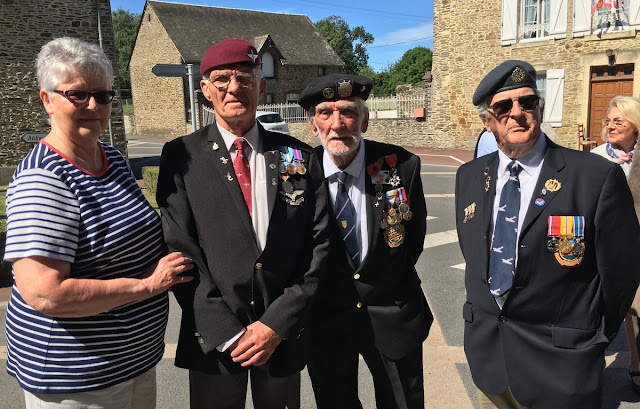 Click here to meet Edwin Jeffery a hero who was awarded the Legion d'Honneur in 2014 for the part he played in liberating France in 1944, serving as a 21 year old seaman on Royal Navy HMS Vanquisher on D Day,. 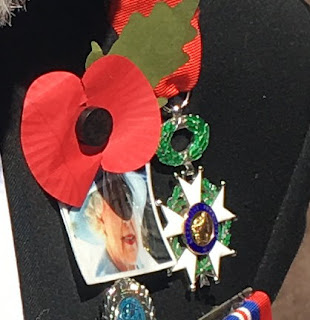