In the week that marked the meteorological first day of spring, March 1st, as in other parts of Europe (Spain; Italy and the UK) some regions of France have been experiencing extreme weather caused by a fierce blizzard blowing in from Siberia.
a.k.a. "The Beast from the East"  the Siberian blizzard has caused avalanches in the French Alps leading to four deaths and many accidents throughout the country. 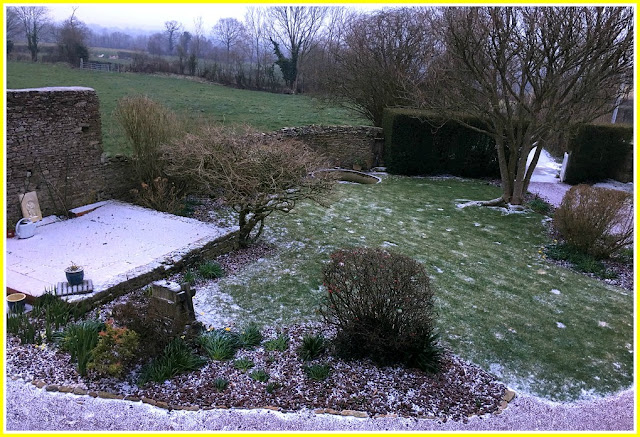 Here in Normandy we got away very lightly with just a slight dusting of snow, the  temperature did drop to -4c on Wednesday but felt like -10c because of the bitterly cold wind.
My daffodils did not like that at all. 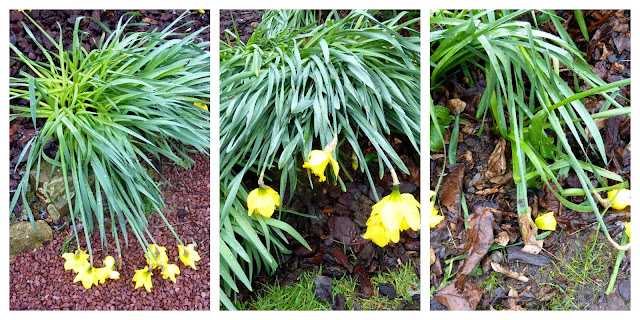 The stems and flowers froze as they lay drooping on the ground, too afraid to move them for fear of breaking the stems I had to leave them to fend for themselves.
A friend passed on some advice from UK gardening guru Alan Titchmarsh, apparently daffodils go into hibernation mode during such extreme conditions but I was convinced that they were done for.
What do I know!

Friday it rained but it wasn't as cold so between showers I rushed out and hugged my daffodils, that's right I became a daffodil hugger. 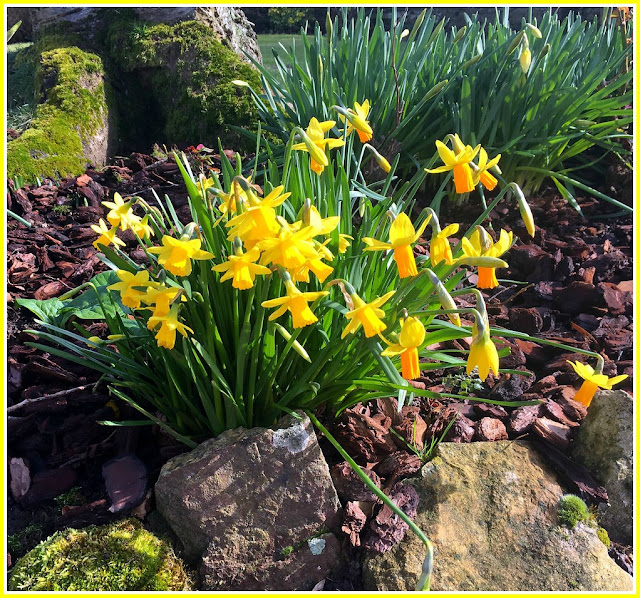 Lifting the stems and flowers, heavy with rain, from the ground and shaking gently helped them to shed the raindrops and stand a little straighter. 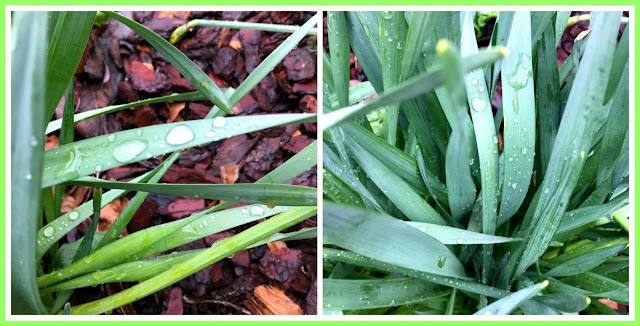 I repeated the treatment again on Saturday and what a difference it made. 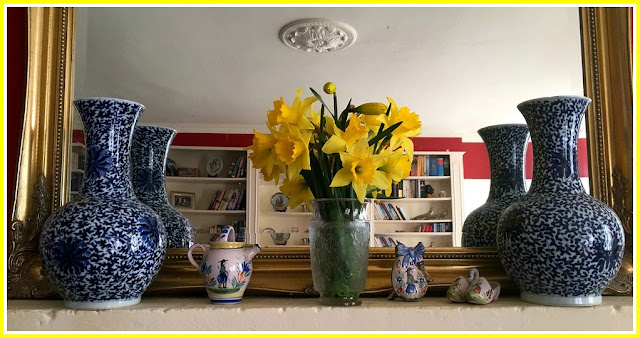 Some that I couldn't revive had broken stems so I brought them inside to add a bright ray of sunshine to the mantelpiece.

“She turned to the sunlight    And shook her yellow head,And whispered to her neighbor:    "Winter is dead.”
A.A. Milne,
When We Were Very Young.