Whenever we go back "home" to England we like to include spending some time in an area or county that we've not been to before. Renting a vacation cottage enables us to "self cater" and come and go as we please. We chose the Perry Shed because of its rural location set in a small hamlet ideally situated in the "Heart of England", close to Droitwich Spa and the City of Worcester. 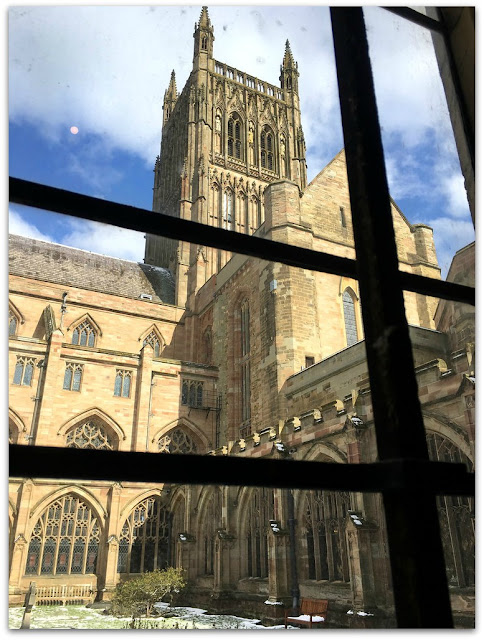 A visit to Worcester Cathedral was on our "must see" list and in order to learn more of its history we booked a tour with one of the Cathedrals volunteer docents.
Andrew, 86 years of age, has been leading tours of the Cathedral for 15 years, his knowledge of the subject is boundless.
We joined two other couples for an hour long tour, but it wasn't until almost  two hours later that we said a reluctant goodbye to Andrew and the group before heading to the Cathedral café for lunch.
Here are seven things I learned about Worcester Cathedral that I didn't know before.
If you'd like to learn more about the 7 things I didn't know there'll be links to follow at the bottom of this post. 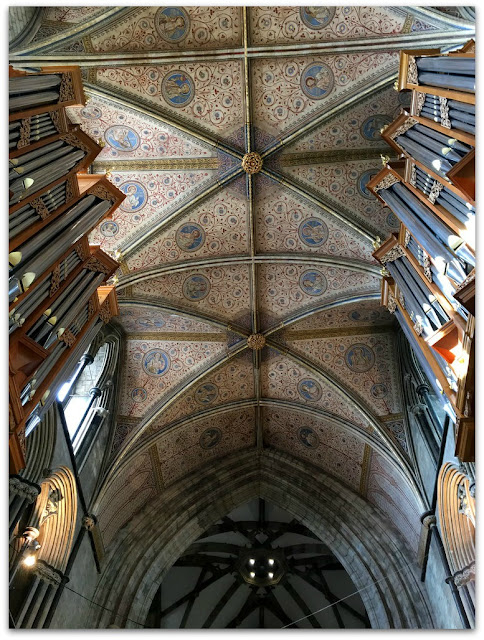 A Church was founded in Worcester in 680 and Bosel was consecrated as Bishop. 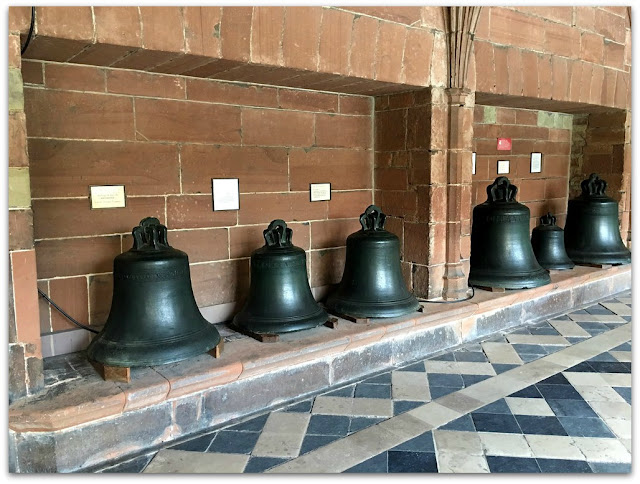 In 983 Oswald founded a Benedictine Monastery within the Cathedral. 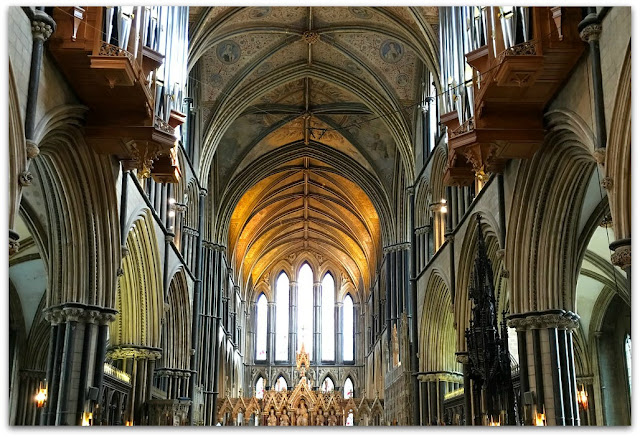 Wulfstan was Bishop of the Cathedral when the Normans invaded in 1066 and was allowed to remain. He decided to demolish most of Oswalds church and to build a Cathedral on the site, beginning with the crypt. Wulfstan was Canonised as a Saint in 1203.
King John, the younger brother of Richard the Lionheart, began his reign in 1199 and is mostly remembered as the Monarch who agreed to the signing of the Magna Carta.
Before he died in 1216 he requested that he be buried in Worcester Cathedral, his tomb made of dark Purbeck marble is situated in the Quire.
Arthur Tudor, Prince of Wales, the eldest son of King Henry VII and older brother of Henry (who later became Henry VIII), was formally betrothed to Catherine of Aragon when he was 3 years old. 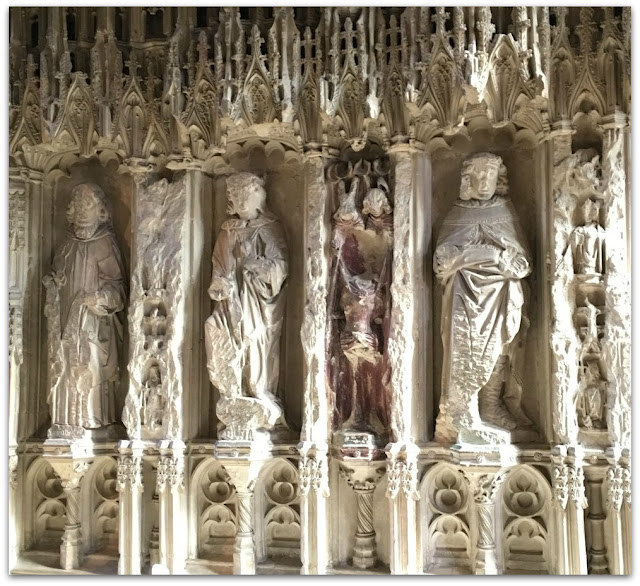 The marriage took place in 1501, he died 6 months later and is buried in the Chantry Chapel of the Cathedral.
The following year, 1502, Catherine of Aragon became the first wife of Henry VIII. 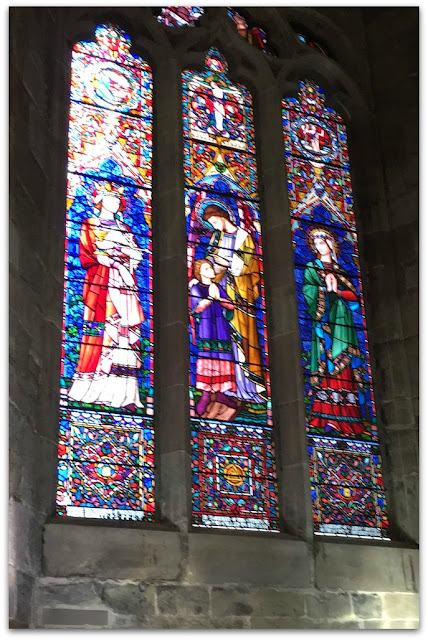 During the English Civil War the City of Worcester was loyal to King Charles and paid a high price for it. After defeating the Royalists in battle the Parliamentarian troops occupied the Cathedral which they looted and vandalised, riding their horses up and down the nave and destroying anything that they, as Puritans, considered represented Popery within the Cathedral. 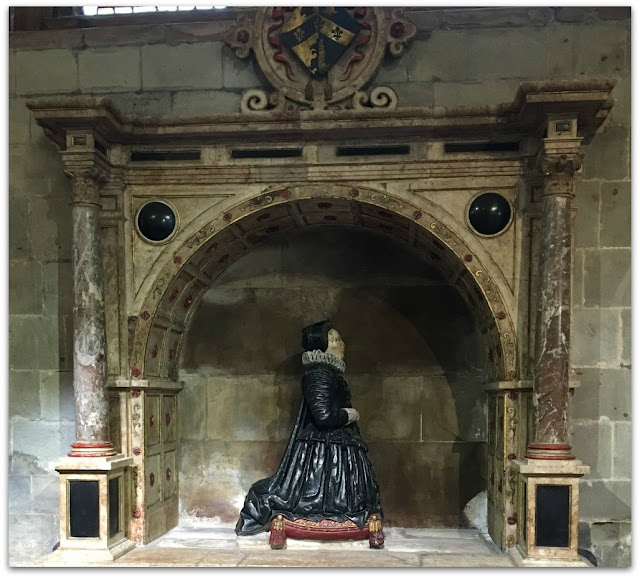 Restoration of the Cathedral has been ongoing throughout the ages, the Victorians being responsible for a lot of the exterior stonework which isn't very attractive. 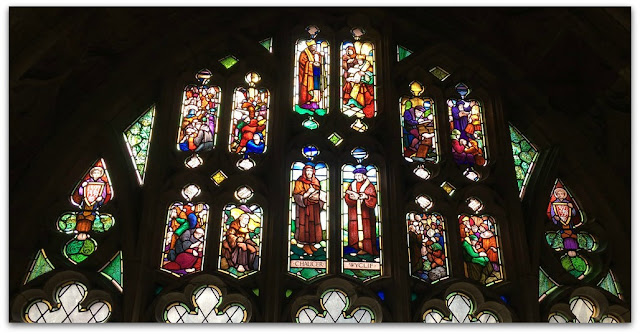 Inside many of the original furnishings have long disappeared, the stained glass windows, ceilings and floors are Victorian. 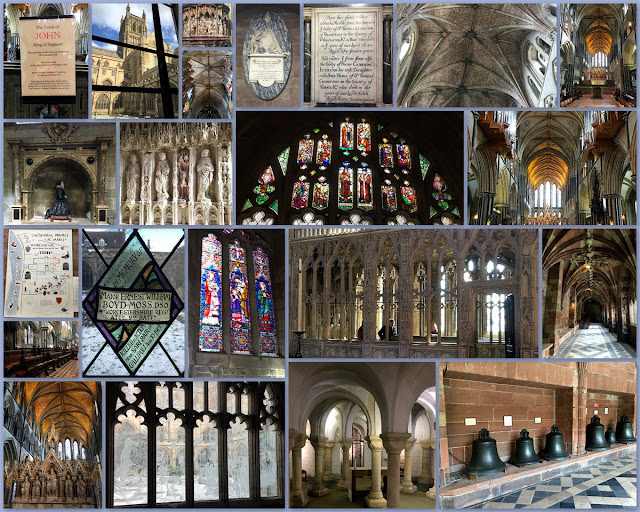