Mosaic Monday # 87 - a visit from friends 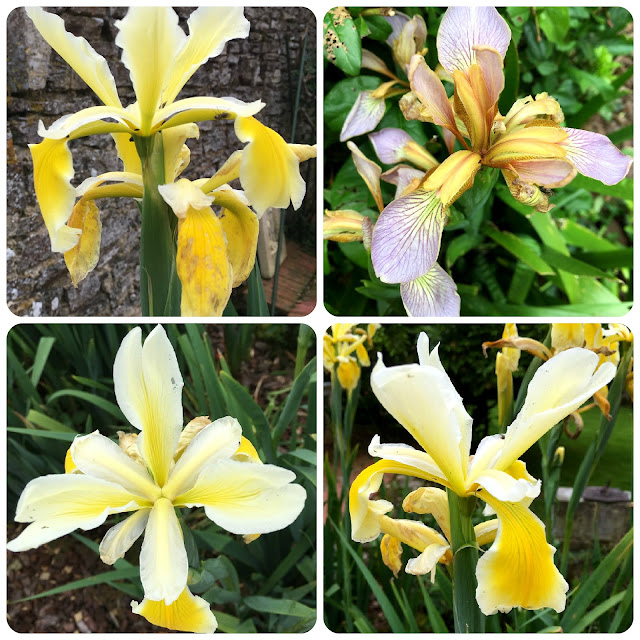 In the week that towns and cities across Normandy took part in splendid celebrations to commemorate the Allied invasion of France, June1944, we welcomed new friends, Elaine and Mark, to the Presbytère for the first time. 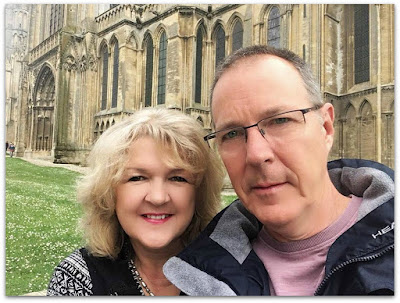 They arrived late Thursday afternoon after a tiring day of sightseeing in Bayeux, we hadn't met Mark before but he and the SP immediately hit it off and I don't think that they stopped talking, joking and enjoying each others company at all during the next day and a half.
As it was their first time in Normandy we put on our tour guide hats the following day and headed towards the coast.
We began the tour at Pointe du Hoc and the Ranger Monument. 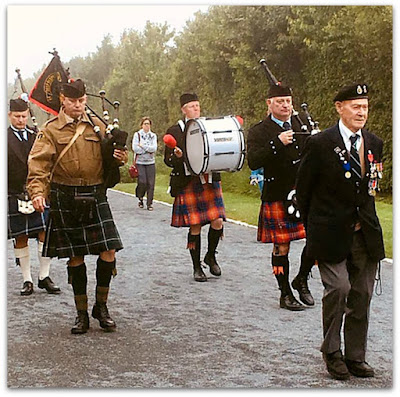 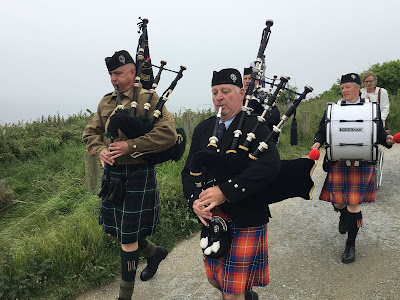 As we walked the site we paused to watch, silently, as a WWII veteran slowly marched to the Monument accompanied by pipes and drum.
As he passed by I thanked him for his service.

Our next stop along the coast was the American Cemetery at Colleville-sur-Mer. The weather that day for us was misty and damp and lent extra poignancy to our visit. 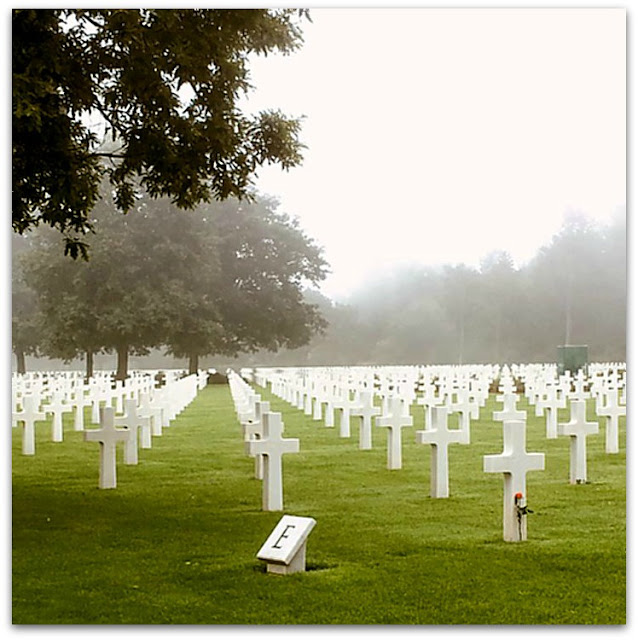 A quick lunch stop in Port en Bessin for moules and frites then we headed to Arromanches and the 360 degree cinema. 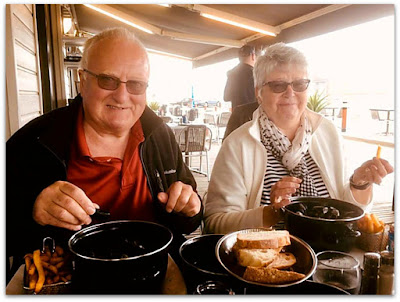 They are currently showing the HD film "Normandy 100 Jours" which shows the 100 days of the Battle of Normandy on 9 screens. 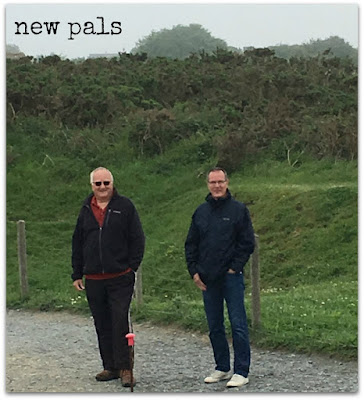 That evening we sat around outside, drinking wine and sharing our memories of the day, before heading indoors for a late dinner and more lively conversation which ranged from the sublime - "best vacation ever" to the ridiculous "TV's gogglebox"!
We certainly enjoyed sharing our little corner of Normandy with these lovely people and we hope that they come back again one day. 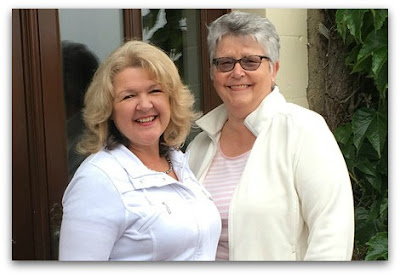 à bientôt !
P.S. It wasn't possible for me to add links to either The Ranger Monument or The American Cemetery but if you're interested in learning more about either of these very interesting monuments then a quick google search is all it takes to find a link. 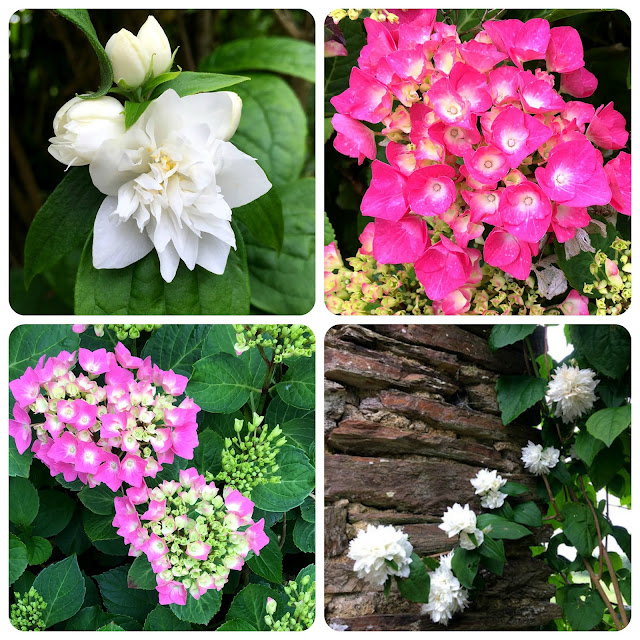