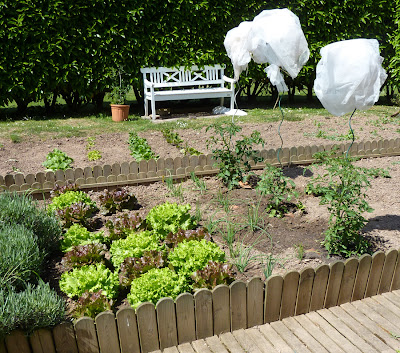 Beautiful red and green lettuces,
no matter how I try to space out the plantings
there's always a glut at certain times of the year. 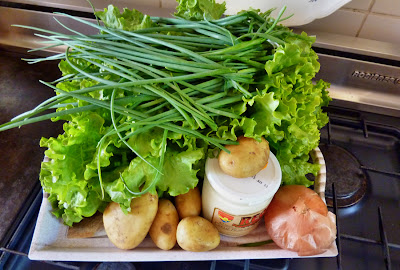 I picked two large green ones
added an onion, chives and a handful of scrubbed new potatoes. 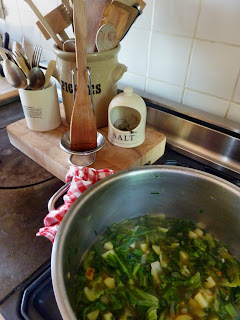 In a large soup pot I sweated off the diced onion and potato,
the washed and shredded lettuce and chopped chives,
then cooked it all together until the lettuce wilted.
Then added 2 litres of hot chicken stock before
cooking for another 20 minutes, on a low heat, until the potato was soft. 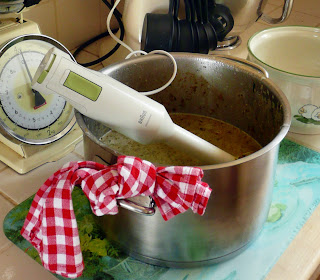 After seasoning to taste, the ingredients were allowed to cool
before blending thoroughly.
I also added 4 large serving spoonsful of creme fraiche at this stage
and then chilled the soup in the fridge. 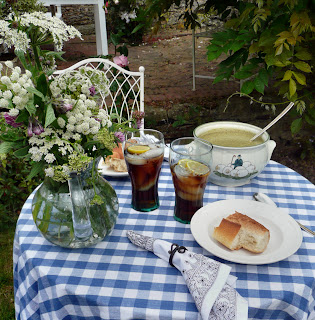 As it was such a hot day
I decided it would be nice to have lunch in the garden
and so I set a small table for two, by the wisteria. 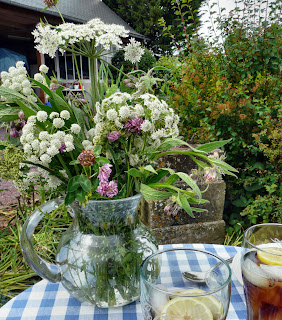 I picked wild flowers
from the grassy banks along the side of the lane.
Comfrey, cow parsley and purple clover and placed them in a large glass pitcher.
Two tall glasses of iced peach tea, a baguette
eh voilà! déjeuner en plein air.