You might recall that we recently had a visit from our brother-in-law and nephew, they came across from the UK to help us clear out some attics and to work in the garden clearing and tidying ready for winter.

At the beginning of October BIL completed the '54321 Challenge'.

When they arrived early Sunday evening, after driving all day, it was good to sit and enjoy a well earned beer and watch football on TV until dinner was ready. 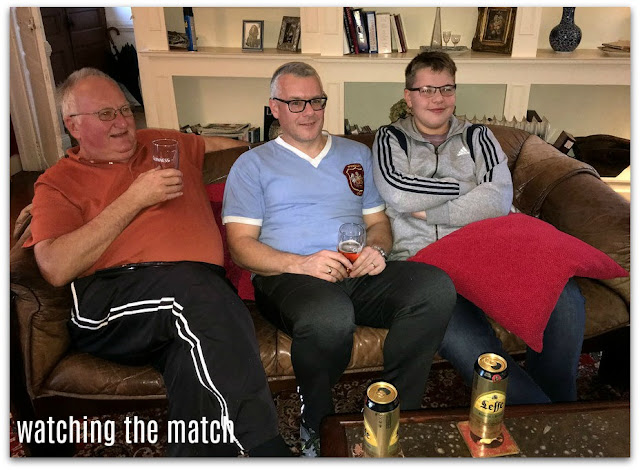 Early next day the "boys" went to collect the rental van, and 20 large sacks of pine bark to distribute between the flower beds.
Next on my "honey do" list was to empty the loft over the garage of unwanted items and take it all to the recycling depot/ dechetterie.
That little chore took care of the rest of the afternoon. 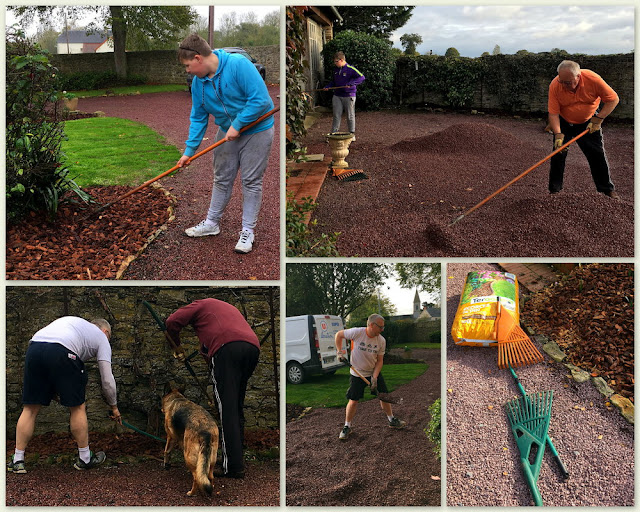 Tuesday was spent emptying and cleaning an attic, the contents included two unwanted divan beds and a sofa.
With even more junk from the loft added to the load the van was full once more.
As the dechetterie isn't open on Tuesdays they spent the rest of the day cleaning the garage loft and raking leaves and conkers, again.
Wednesday morning soon came around and the next chore on my list was dismantling and clearing the builders scaffolding which we had been using as storage shelves in the garage (more junk).
The items we wanted to keep or donate to the charity shop got moved into the now clean and practically empty loft above.
No before photo of the loft because I was too ashamed to show it to you! Can you see those half empty paint tins stacked up so tidily on the shelving unit on the wall at the end? They didn't make it to the dechetterie this time but I live in hope. 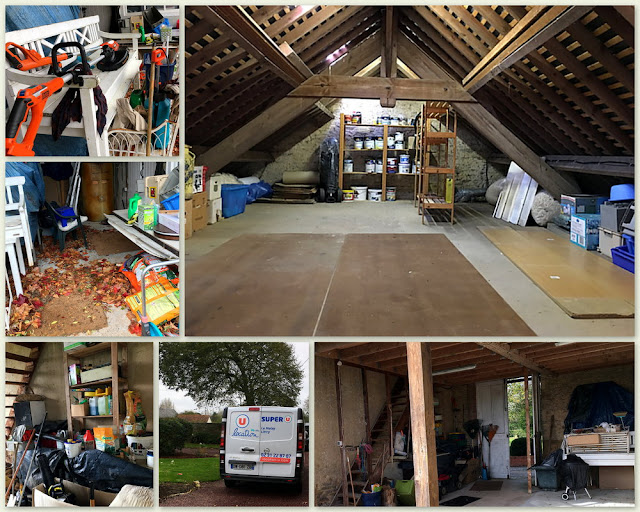 Another two trips to the dechetterie in the afternoon and we were ready to call it "a job well done"!
We were so grateful for all their help and support, they certainly worked hard and achieved so much that would have been beyond this pair of oldies.

During dinner that evening BIL remarked that despite his aching legs and back he was already planning to come over again to work with us next October. Result!
Thursday morning, after an early breakfast, the two of them headed off to the Eurotunnel in Calais, they made good time and were able to catch an earlier than scheduled train.
Unfortunately their homeward journey from Folkestone was beset by delays and took twice as long to complete as it should have done. 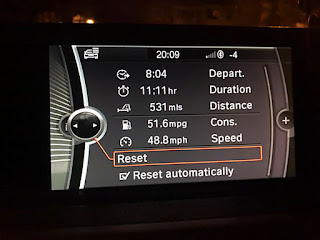