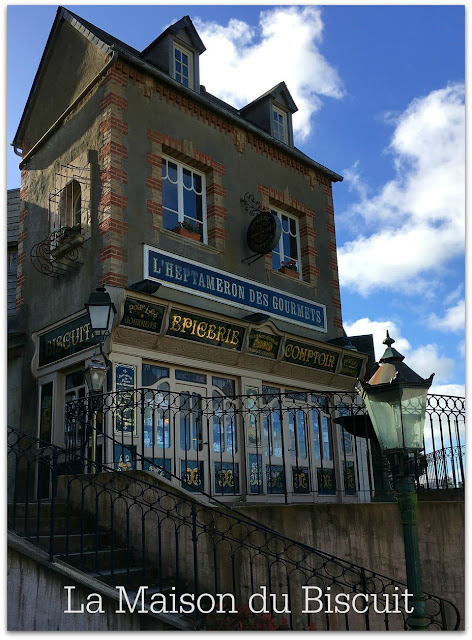 On Tuesday, as the weather was fine the Senior Partner and I decided to ditch the idea of working in the garden and go visit La Maison du Biscuit  which is situated about an hours drive north from us on the Contentin Peninsula in the small hamlet of Sortosville-en-Beaumont.
Our friend, Sean the Gardener, had raved about this unique one of a kind café and food emporium when he was over here working last month.
He said he knew it was the kind of place that I would love.
A House of Biscuits, really, what's not to love? 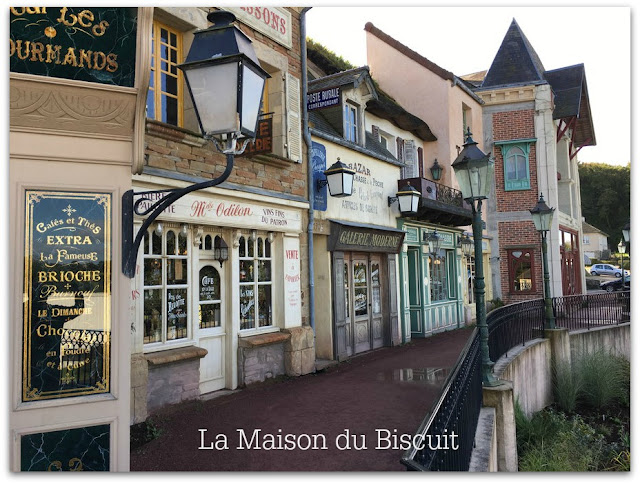 As you approach the building the eye is drawn to the beautifully crafted façade which resembles a street of small independent shops as they might have appeared at the turn of the 20th century. 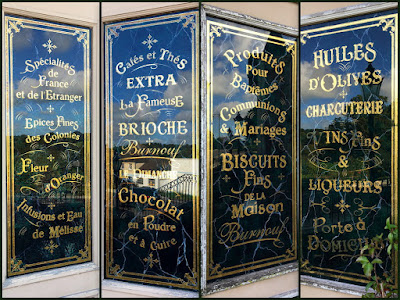 However, the construction is not as old as it first appears.
Although generations of the Burnouf Family have been in business in Normandy as bakers and patissiers since 1903 La Maison du Biscuit was established in 1990 by descendants of the original baker, Paul Burnouf. 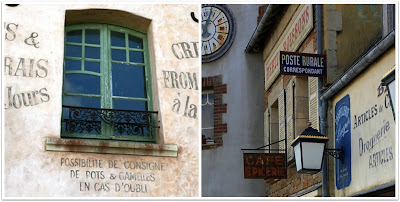 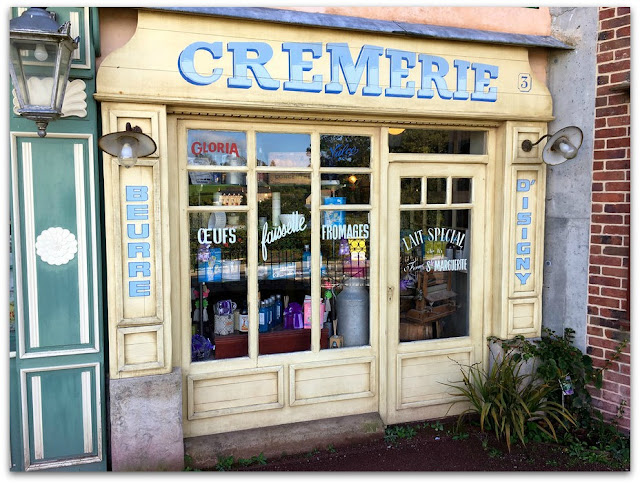 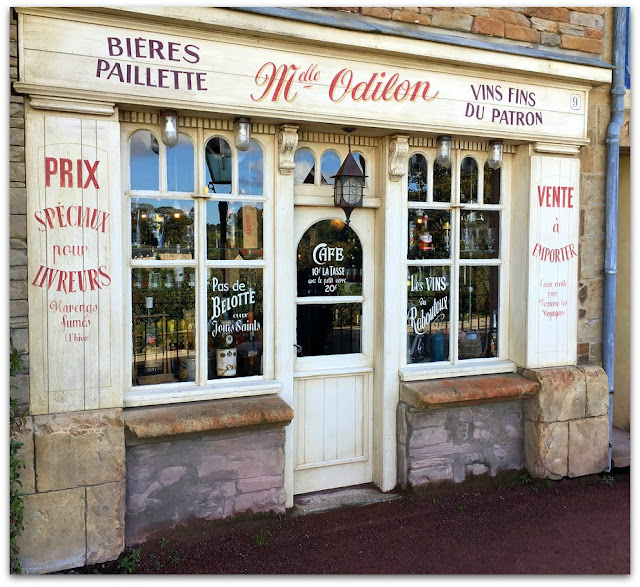 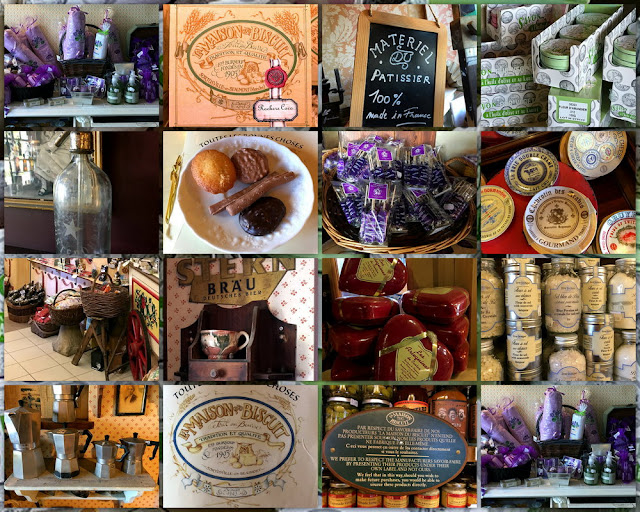 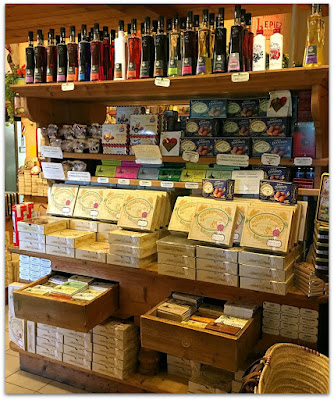 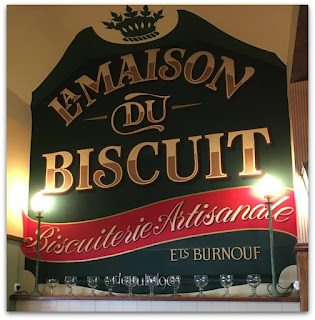 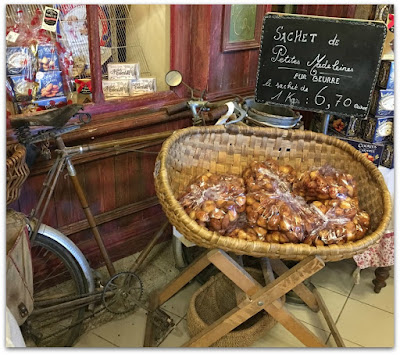 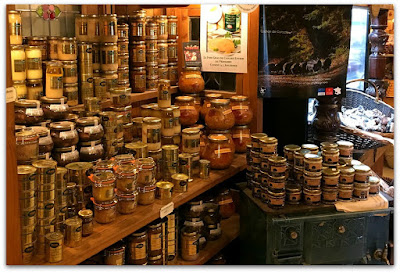 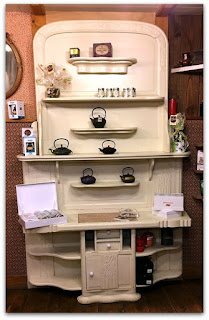 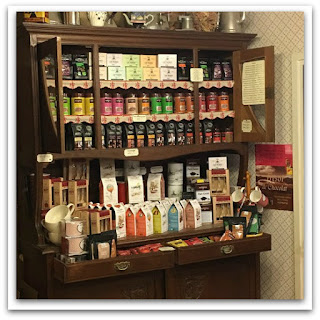 Once inside the visitor is free to wander through the various downstairs rooms which are filled to bursting with delicacies of every sort.
It isn't possible to tour the production kitchens due to health and safety regulations but everywhere you turn you can see the results of their endeavours. 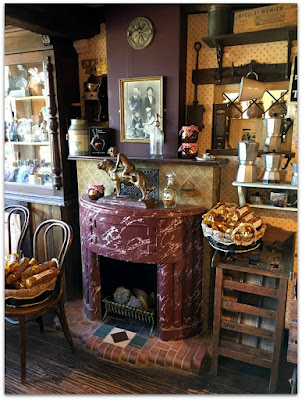 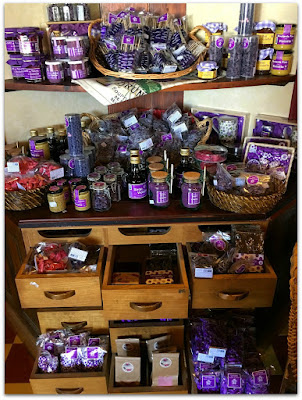 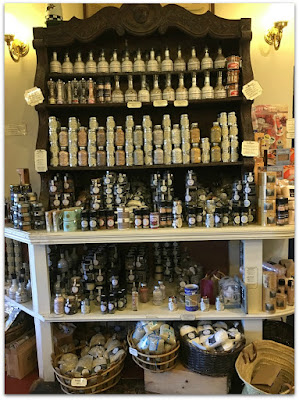 The décor is amazing, it's as if the eclectic furniture and ephemera of several turn of the century homes has been gathered together to furnish the spaces, creating lovely vignettes and displaying the goods for sale "the old fashioned way". 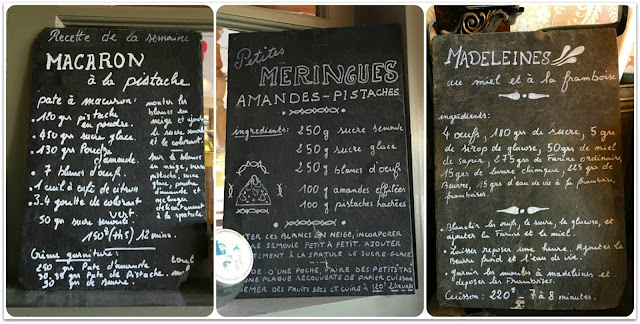 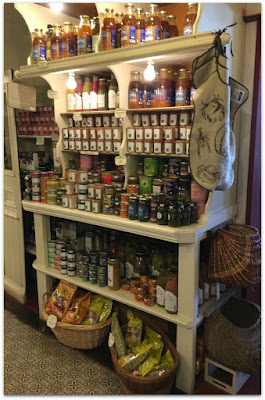 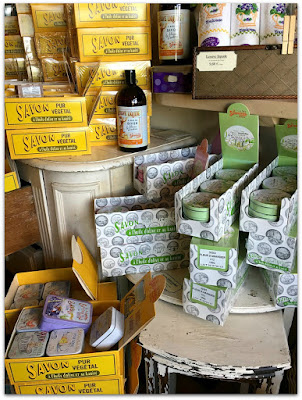 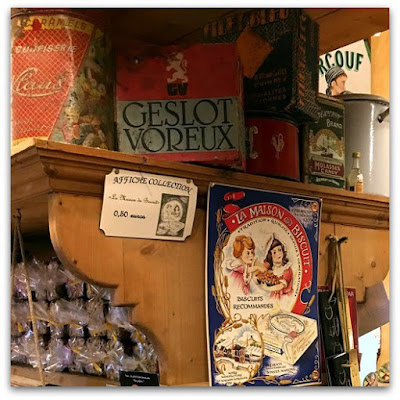 I really enjoyed showing you around the Maison du Biscuit today, hope all the photographs didn't exhaust you? 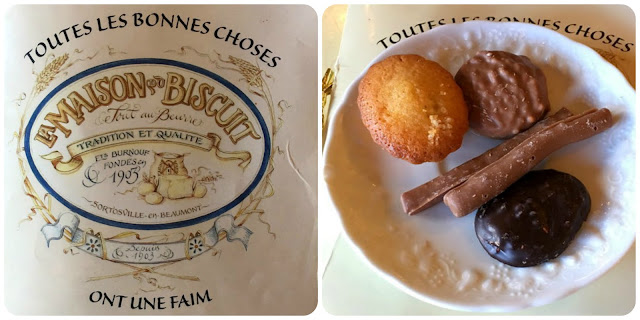 One of my collages today is of three recipes, handwritten in chalk on black slate.
If you mention in your comment what those three recipes are I'll put your name into the draw for this pretty "torchon recette de macaron" (tea towel printed with a recipe for macaroons) which came home with me after our visit. 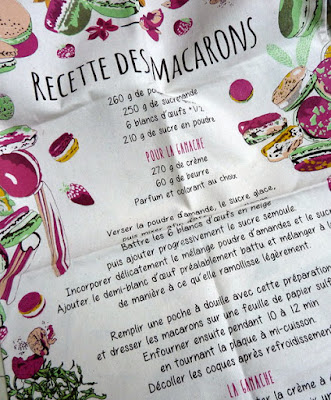 The winner's name will be announced in next weeks MM post.
Bon chance!